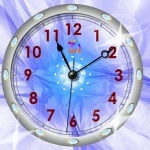 SEMI-RETIRED
This user is currently not as active on Diamond Digger Saga Wiki because face it, the wiki is DEAD. But still message me if you need help!.

Hello, welcome to the dull userpage of 3primetime3.

I am usually known as being a bureaucrat on Candy Crush Saga Wiki, a bureaucrat on Prime Numbers Wiki, and an administrator on Geometry Dash Wiki. I don't play Diamond Digger Saga much; sorry that I'm only on level 46. I spend more time practicing the piano. Wanna hear me? Click on the link here!

Featured: Joke of the Week!

Yeah, sure. Something new and quirky for each wiki.

One of the fringe benefits of being an English or History teacher is receiving the occasional jewel of a student blooper in an essay. Richard Ledere, St. Paul's School, has pasted together the following "history" of the world from certifiably genuine student bloopers collected by teachers throughout the United States, from eight grade through college level. Read carefully, and you will learn a lot. (3primetime3 will post 2 for now and add one every week, so make sure to come back!)

HAHAHAHA!!! LOL!!! So, now your spirits are up, edit the wiki with a smile on your face!

Retrieved from "https://diamond-digger-saga.fandom.com/wiki/User:3primetime3?oldid=41550"
Community content is available under CC-BY-SA unless otherwise noted.